The following two charts illustrate the increased volatility that can be observed since the SNB decision was taken to cancel the floor on EURCHF. Even though the two charts are intraday charts of January 27th 2015. Chart 2 shows that after 9am CET the FX rate is suddenly extremely volatile. At the same the chart 1 shows that the SMI moved up as the CHF strengthend and then also weakened when the EURCHF reversed.

Today the EURCHF FX rate may also have been influenced by the decision of UBS to inform all their institutional clients, that they will have to pay interest on their balances in CHF. Paying banks to look after money. Interesting times!

EUR/CHF – desperately seeking traction
EUR/CHF has traded as high as the 1.0380 area this morning, the firmest level since January 15 which was the day the SNB stepped away from the EUR/CHF1.20 floor. The respite for the CHF coincides with comments from SNB vice president Danthine who reiterates that the SNB is willing to intervene in the market to offset CHF strength. These comments are well timed and may have exaggerated the move higher in EUR/CHF this morning. For the most part, however, the move higher in EUR/CHF appears to be a reaction to short-covering in the EUR ahead of this week’s FOMC. […]

[…] If the SNB are intervening in the market, it would achieve greatest ‘bang for its buck’ by accentuating an existing trend. A less hawkish Fed this week and an adjustment higher in the EUR/USD would potentially allow the SNB a little more traction in moving the EUR/CHF cross rate higher. That said, the SNB would be battling against a very dovish ECB. We see the potential for EUR/CHF to stabilise in the 1.02 area on a 3 mth view, but concede that the outlook for EUR/CHF is still very fluid. 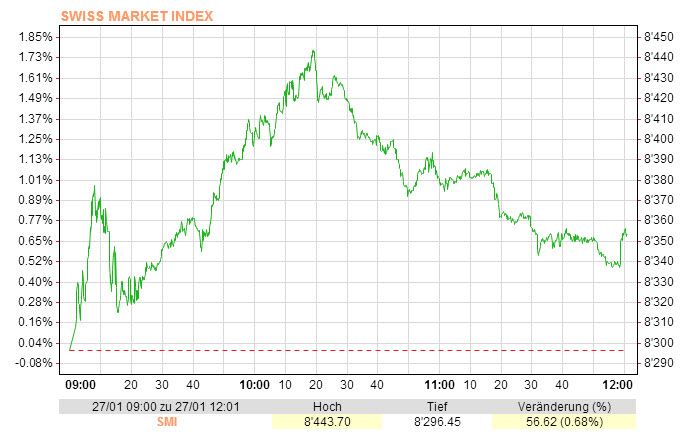 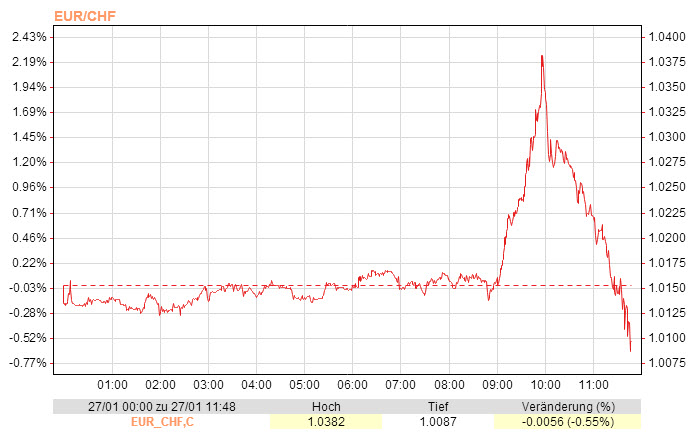 Here some more graphs of the EURCHF FX rate. Three interesting points in time. This looks like planned intervention. The 9am to 11am time window is often very volatile. If I remember correctly the EURCHF acted in a similar way back wen SNB was intervening around 1.50. It happened in jolts and will affect players on margin. Long term unleveraged players less prone to intervention – or may even be attracted to take other side… 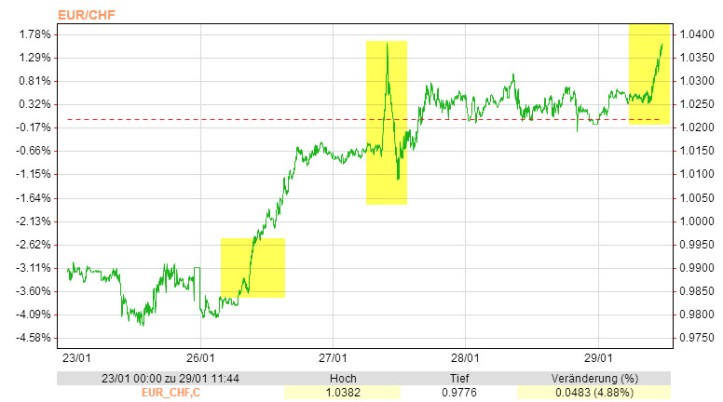 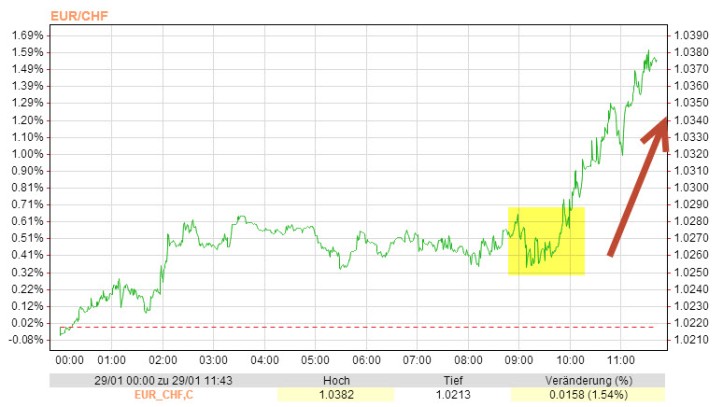