Please note this is a post in relation to my current studies to become a CIIA (Certified International Investment Analyst).

According to my information (based on the press release) the Thurgauer Kantonalbank (TKB hereafter, Ticker: TKBP) is placing up to 2.5m PS (Partizipationsscheine = participation certificates) from today till April 4th. Share trading is expected to commence April 7th. Book building range: CHF 64 – 74.

Based on that information the placing of TKB shares at CHF 64 would seem reasonably cheap. Also CHF 74 would be justifiable depending on the growth rate used. But if you look at how profit is distributed (see fig. 2), that 5% of profit is used for compensating the canton for the state guarantee (Staatsgarantie) the TKB enjoys, then the PE ratio already rises.

Here’s a look at the most recent income statement of the TKB: 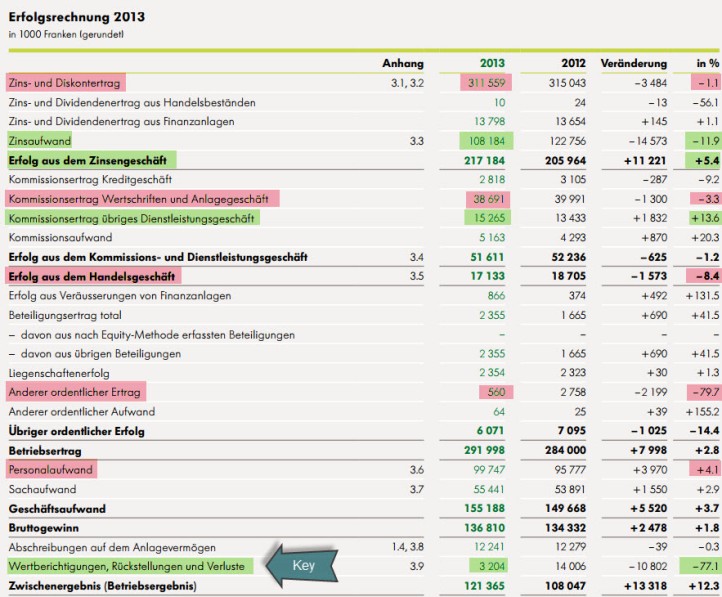 The fall in bad loan/debt provisions, losses change (Wertberichtigungen – see green arrow) is the only thing that kept the TKB from posting just very slight growth.